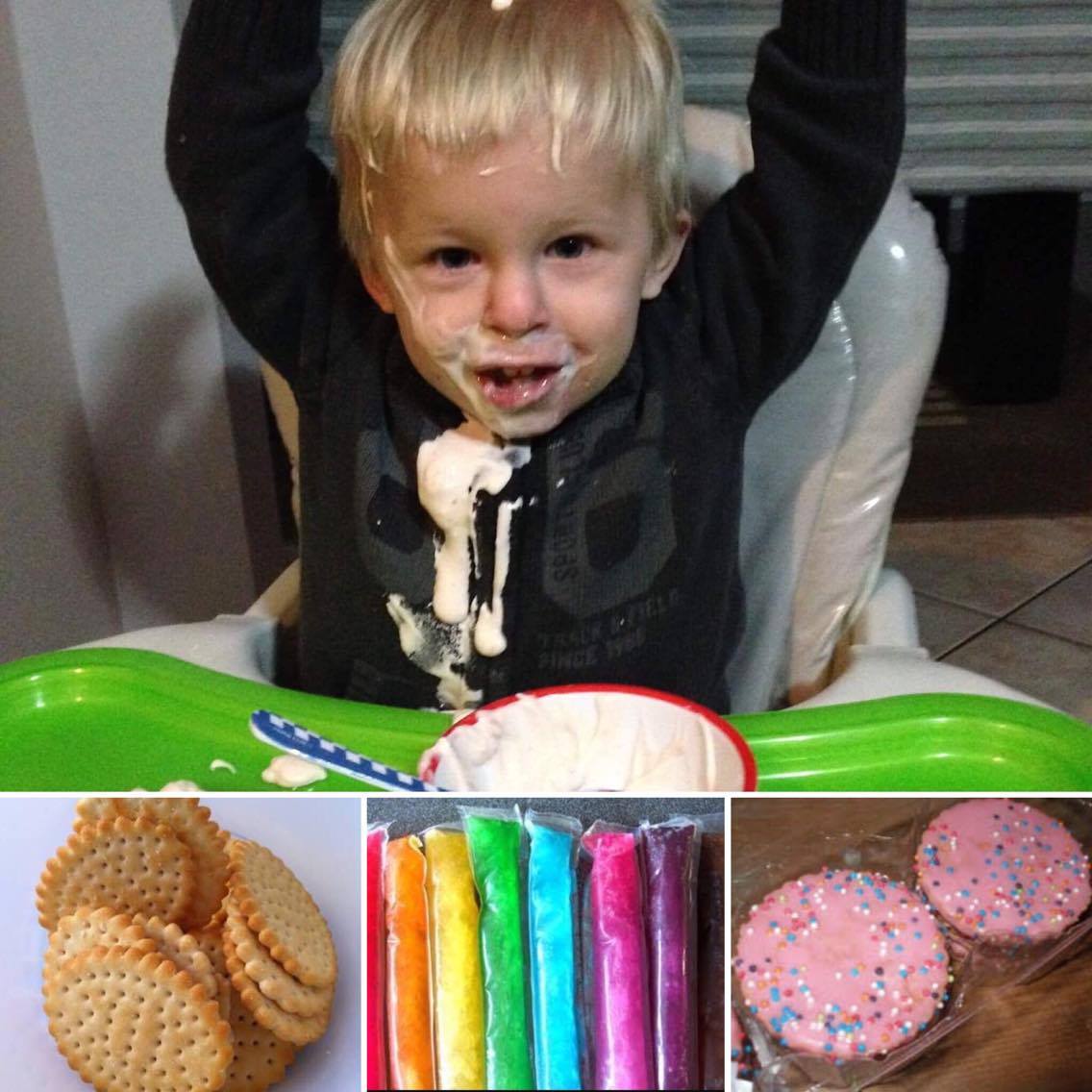 Before going additive and preservative free I thought our diets were quite standard, I would cook a healthy dinner and provide plenty of fruit, dairy and grains.

I didn’t see the harm in letting him have his way. Honestly, this would keep him quiet for a couple of minutes while I was busy being a “mum”.

I’ll paint a bigger picture.
Some days (and daily) he could have up to 10 flavoured water icy poles. Some were fruit flavoured, healthier right?
Sometimes I’d open a packet of 100’s and 1000’s pink biscuits, and it would not be unusual to eat 1/2 a packet.
Packet foods galore, chicken crimpys, muesli bars, tiny teddies, fruit sticks.
Sometimes he would have a litre of Yoghurt, again fruit flavoured… healthy Right??? (We could go through 5L a week)

Chocolate, lollies and ice cream were always a sometimes food and takeaways were never a big thing
Tick- I was doing something right.

The only thing I may have considered to be bad in his diet was too much sugar (obviously).

Boy was I wrong! What I have now learnt about the ingredients in my sons everyday foods makes me sick, Disgusted with myself for allowing this to happen… My first thought during our transition period was “I’ve been poisoning my child”.

The Mad Food Science Program is an interactive program, that uses quirky experiments to teach children about eating more real food, minimising packets. As well as kick-start behavioural change within schools/organisations around food and sustainability.